Our stay at Twyfelfontein came to an end, and after a brekkie of koffie en beskuit we headed north towards Palmwag. On the way we saw some elephant dung in the road, and some of those suicidal German self drive tourists in a Hilux Vigo D/C. I explained in my best German to them that elephant dung in the road means that there were elephants in the vicinity some time ago. We did spot a few giraffes though. One of them stood so still for about 10 minutes that I was convinced he was carved from wood or something... eventually he moved his head... and I said "I wonder how they did that??"... Only once this guy walked off did I believe that he was real... The elephants eluded us though... 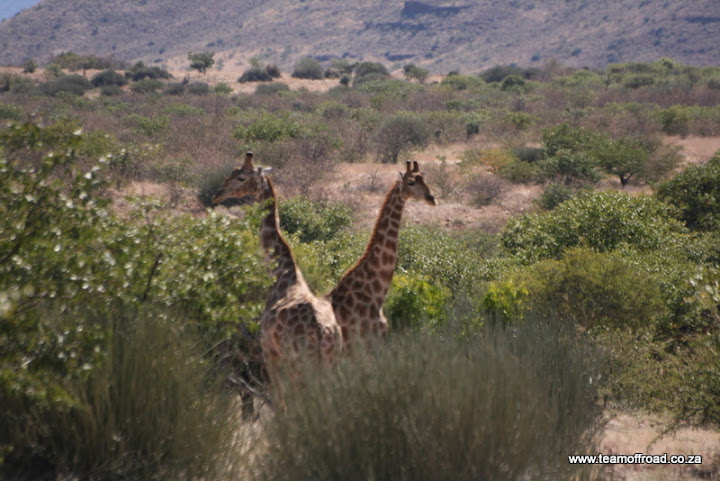 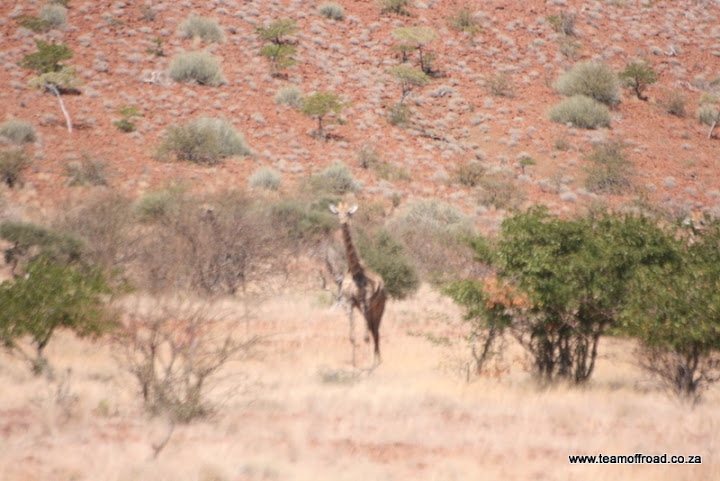 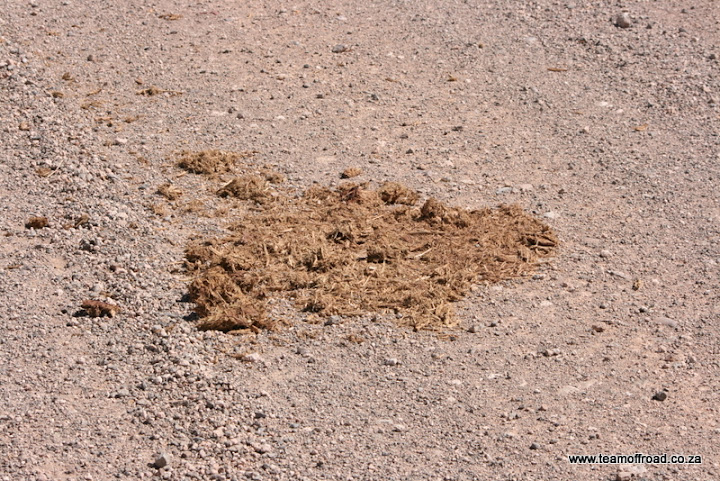 We stopped at the Veterinary Cordon Fence checkpoint near Palmwag, and when the guard started to write down my details his pen was not working. I gave him a brand new Hilux4x4 Club pen. He was seriously impressed, and asked me to convey his sincerest thanks to the Hilux4x4 Club for their contribution to enable him to do his work properly. He let us through without even asking about any meat we were carrying with us. The coutryside changed remarkably after the Vet's Line. Wildlife all around in abundance, with herds of springbok, mountain quaggas, giraffe and lots more, right next to the road. The road surface was not too bad, and the going was good, except for the "driffies" that were exceptionally deep, and I needed to slow down to 2nd gear for some of them. This gave the suspension a good work-out. We came across a few driffies with some water in them, but nothing spectacular. 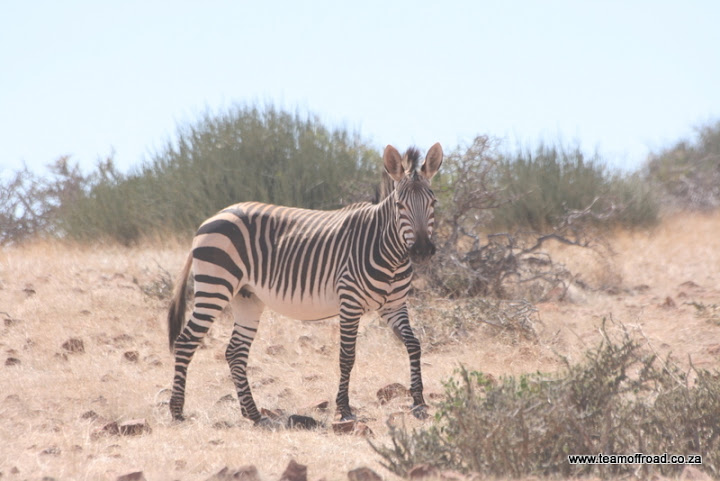 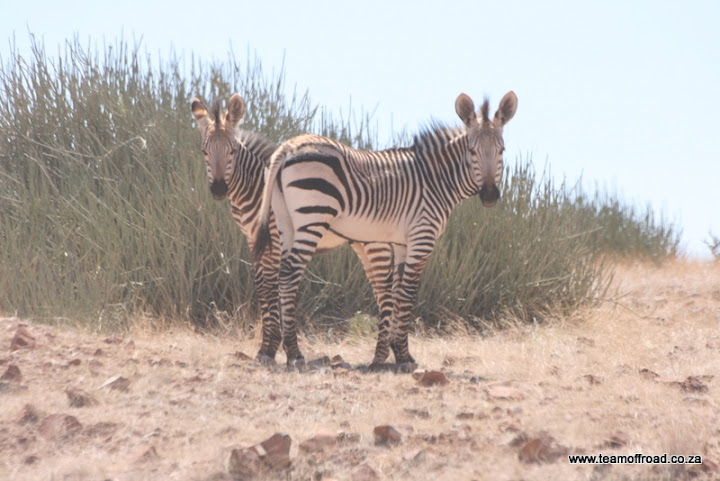 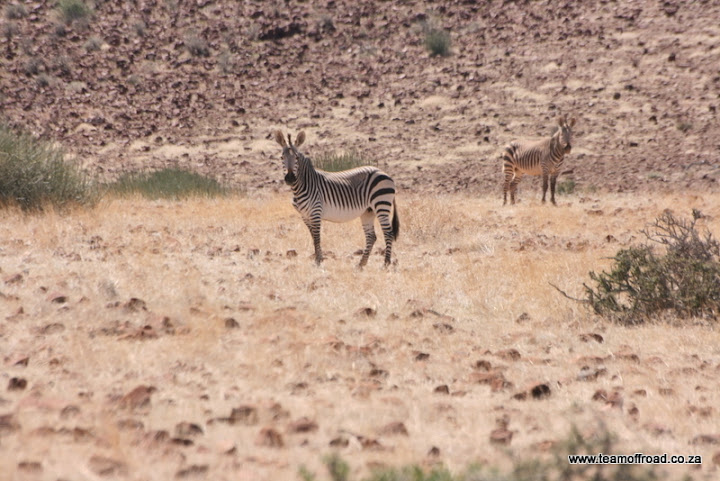 We had 2 options for our overnight stay so when we arrived at Warm Quelle we had a look at Ogongo Gorge. A very nice campsite, with a rockpool under a waterfall with crystal clear river water. Unfortunately we had already seen a better campsite about 10 km back, at Kowarib Lodge, next to the river, with lots more shade, and working electric points, and decided to stay there. After a short drive through the village we headed back to our chosen campsite, and pitched camp. It was still quite early, about 15:00, when we were settled in so we went for a stroll in the river. The water was about ankle deep. 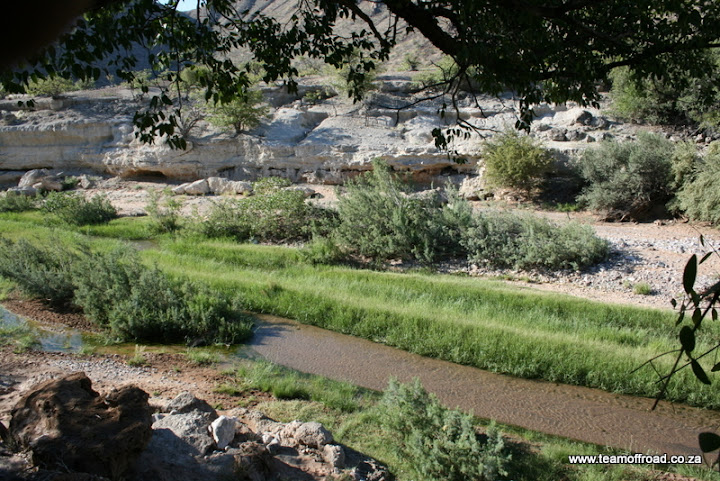 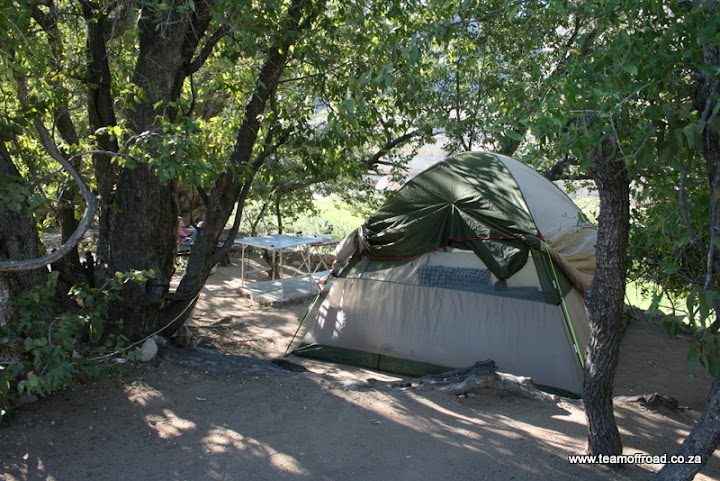 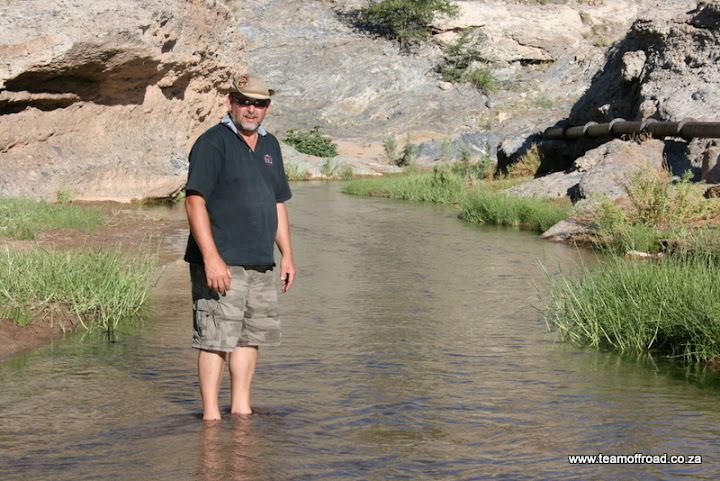 Later in the afternoon I heard a BIG commorion at the Hilux, and went to investigate. 2 Hornbills decided that the guys in the side mirror must come out and play!! They sat on the side mirror pecking away at their own reflection in the mirrors, and I was afraid that they might break it. I decided tp drape my hat over the one mirror and tied a shopping bag over the other one. This did not deter them one little bit, because they found more rivals in their reflection in the side windows! Okay, then we open the windows, and there wont be a reflection... Bad idea, because the one hornbill flew in and sat on the steering wheel. Chased them out, closed the windows, and covered the outsides of the windows up with dirty t-shirts. No more hornbills for about 5 minutes. Then they saw that there were more imposters in the windscreen and started tearing at the window wipers! Out came some plastic coke bottles and cans, and they were packed on the wipers, which we had to reset a few times, but at least the cans and bottles falling over startled them and caused them to fly away. We had lots of fun with these 2 outjies, and by sunset, they went home for dinner, a bedtime story and a good night's sleep. They were back just before sunrise!! 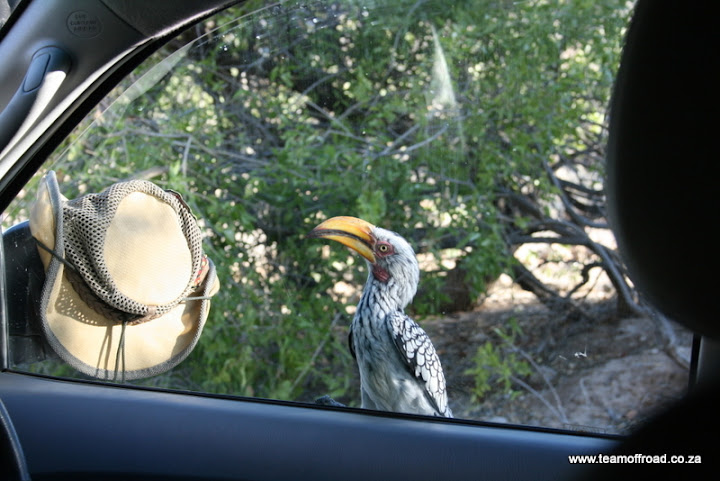 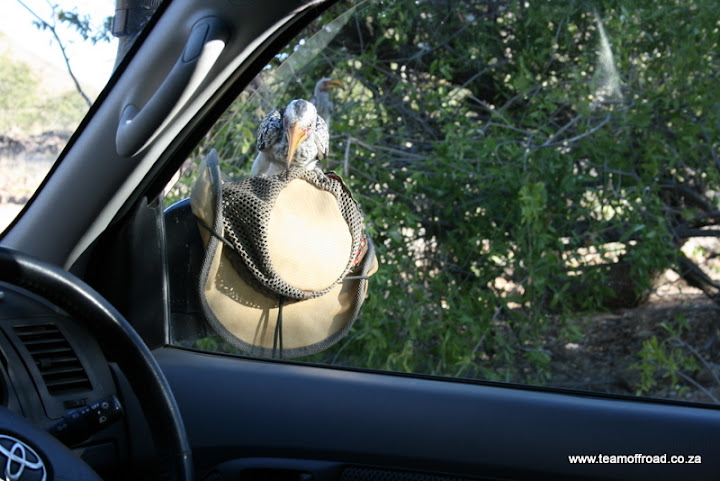 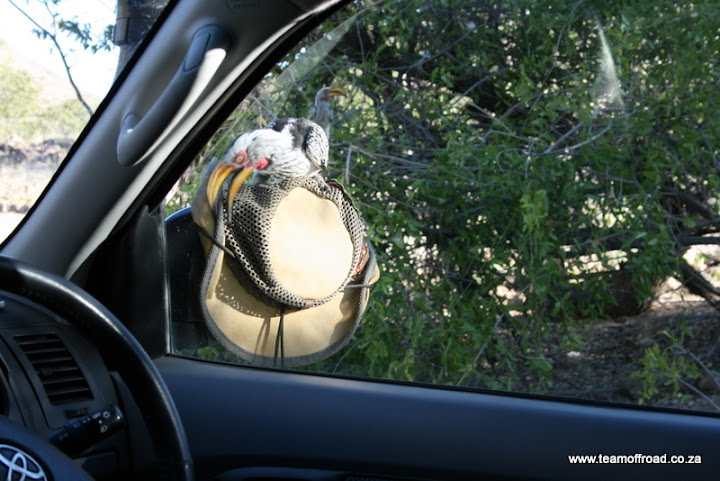 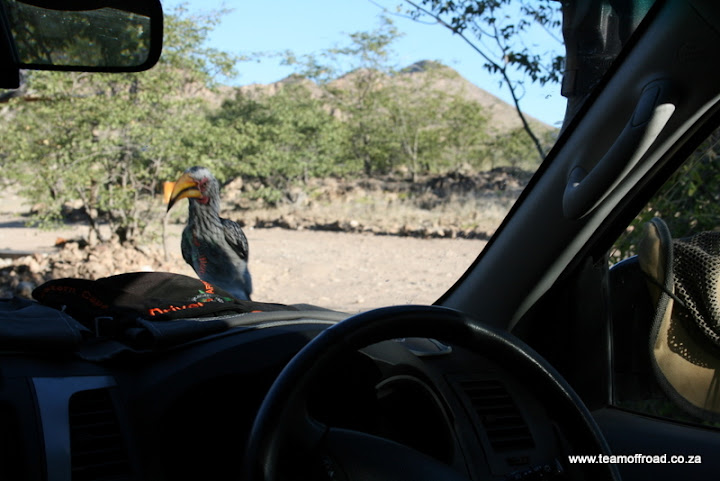 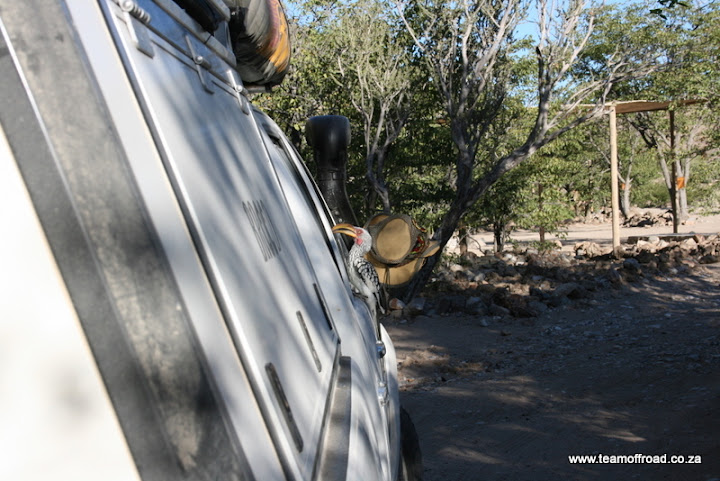