This turned out to be one of the busiest days we had on tour, but also one of the best in terms of time well spent, nice experiences and seeing amazing things. After my near death experience in the Erongo Mountains, we headed out for Twyfelfontein via Uis. Water, Coke and some nicotine rich vegetarian substance rolled in a paper wrapper revived me enough to get going again. Once we reached Uis we stopped at the local supermarket mega-mall and stocked up on drinking water, energade, Bar Ones (for 25 hour days) and a packet of locally produced boerewors, which we unceremoniously dubbed "donkiewors". After a quick look around the town we took off past Brandberg towards Twyfelfontein. Suddenly this "White Lady" sign post jumped out in front of us, and in a flash we decided that this is not to be missed. It was somewhere in our travel plans, but seeing as we were there, we changed our plans on the spot. Arriving at the gate we were welcomed by a guide, Daniel, and some of his friends. It was late, after 13:00 (Nam time) already, and it was hot. Daniel recommended extra water, and well tied shoe-laces. O and it was about 2.5km walk into the Brandberg, no real climbing required. By this time my travel companion was seriously worried about my health. I never felt better. So we pay and we get to play. Daniel set off at a brisk pace, with the 2 of us following. E is a helova lot fitter than me, and copes with the sandy path a lot better, but I went into "machine" mode. Putting one foot in front of the other, keeping a steady rythm, heart rate and breathing steady. After what seems like for ever Daniel called for a rest stop. We were 250m into the hike. This was going to be a long day, and the temperature approached the 40's! We walked and stopped and walked and stopped and all the time Daniel is telling us about the rock formations, the Brandberg, and plants in the area. At last we reached the White Lady. Amazing! It was worth the sweat. Daniel really knows his stuff and for about 45 minutes he told us about the explorers who first discovered the rock paintings, the myths that surround it and a lot about the Bushman culture, lifestyle and the history of the area. The hike back was not as bad, and once we reached the gate we thanked him and we were on our way. Now to get to Aba Huab Campsite at Twyfelfontein! It was 16:00 Nam time! Needless to say we arrived at Aba Huab after dark, set up camp in a hurry and chowed down on some left overs from the night before, as we were both too tired to prepare a meal. For the first time the RTT was opened, and after a grillerige shower we settled in for the night, dog-tired, but satisfied that we had a fantastic day! I cannot remember when last I hiked so much in one day, and the last time I had 2 near death experiences in one day was in the Army!! 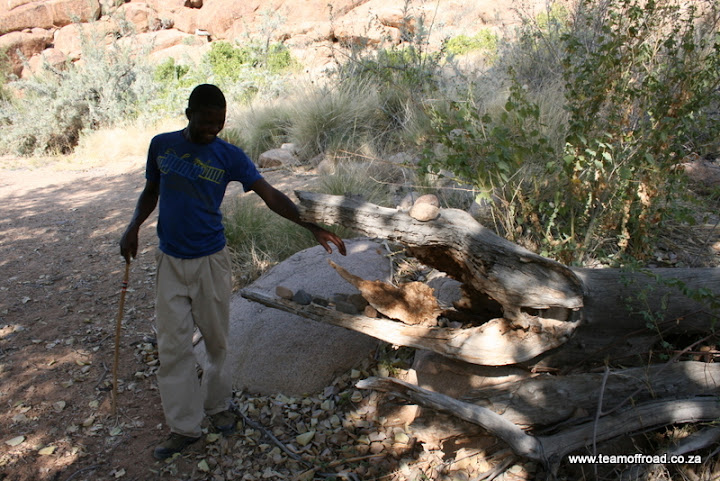 The White Lady from Brandberg 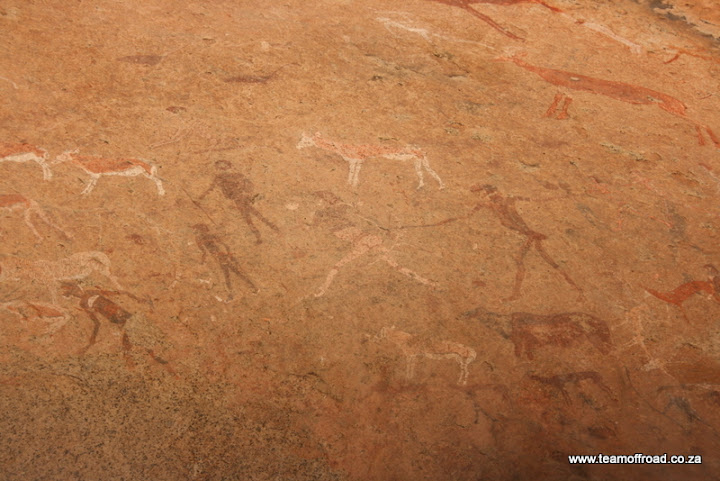 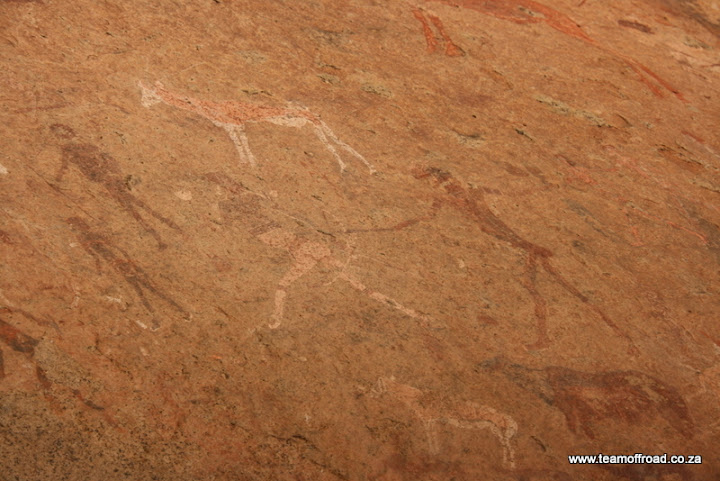 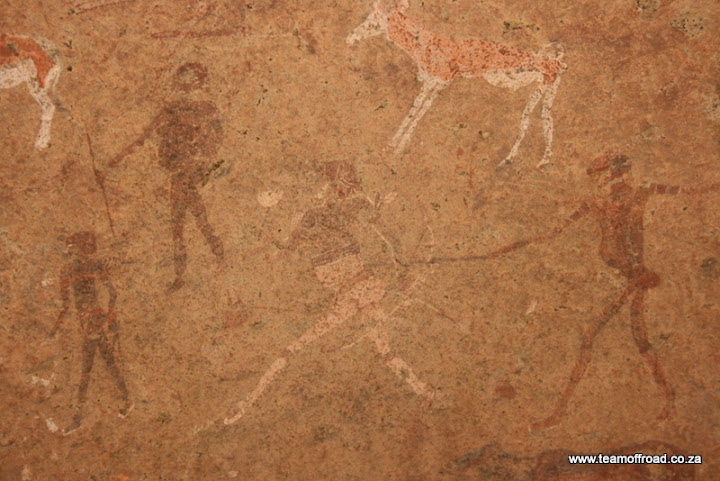 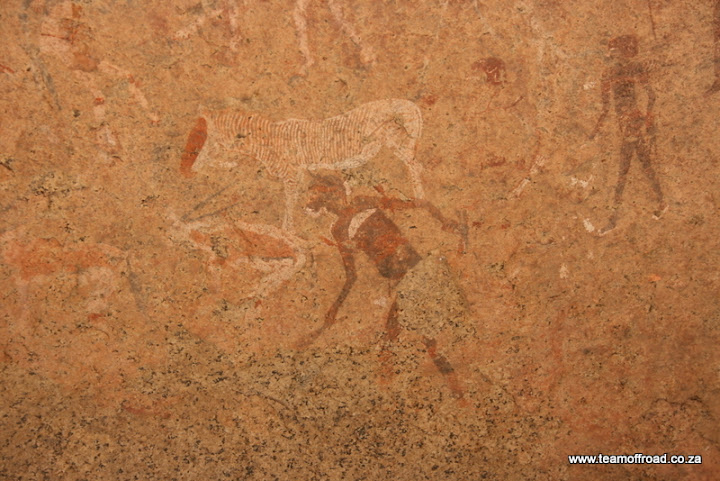 Brandberg the highest peak in Namibia in the background 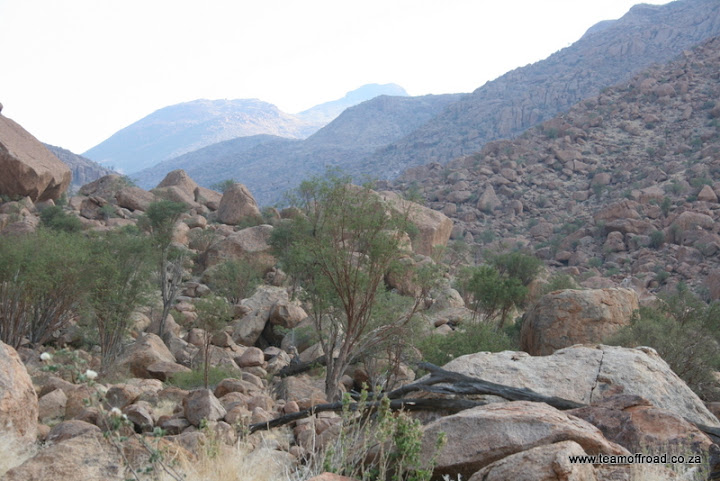 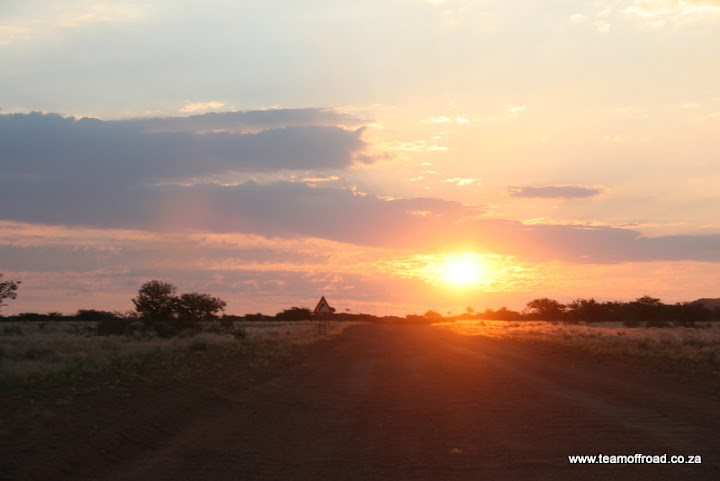 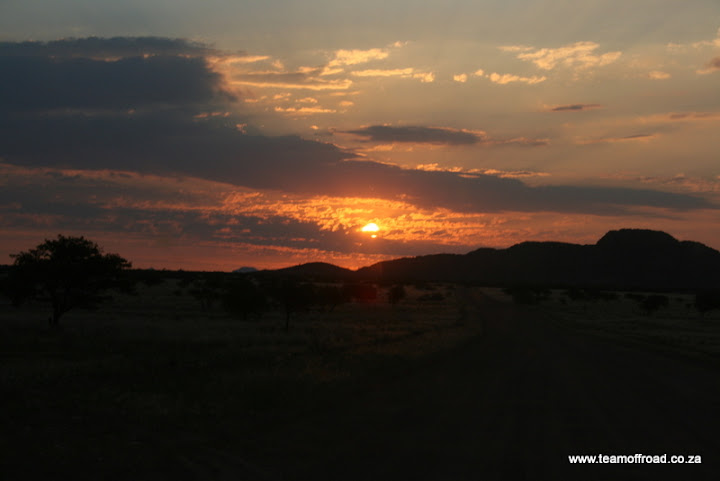