Pieter, you would have been proud of me, and many wont believe that I actually did it... but here goes... Ameib Ranch is actually quite a nice place. On the farm they have hiking routes, a game drive and some interesting rock formations. Also on the farm is Phillip's Cave, with some well preserved rock art, and especially a painting of a white elephant. Once we broke up camp and left the camp site we drove round the tracks on the farm looking for some wild life, and came across a couple of giraffe and a few warthogs. Then we saw a signpost pointing towards Phillips Cave. Out came the brochure the owners gave us and we read about the white elephant. Let's go and have a look!! We drove along the track and came to a shady parking area and a big sign telling us that we need to follow a path on foor for about 25 minutes. "Light climbing might be required", it said.. It was still early and the Nam/RSA time difference was in our favour, being only 8:00 RSA time, it gave us that psychological edge. We changed into hiking boots, got the hats, and set off on our 25 minutes walk. Whoever said it only took 25 minutes had a broken watch!! After climbing over a hill, boulder hopping like crazy and crossing a valley we started up the next mini mountain following the white arrows painted on the rocks.. Waaaayyy at the top there was a sign saying "Hou Moet, Amper Daar". From ther eit took almost 25 minutes of leopard crawling to make it to the cave! I felt like I was going to have a tripple heart attack! Sopnat gesweet and huffing and puffing I dragged my tired bones into Phillip's Cave only to discover that the old bugger wasn't even there to make us a cup of coffee of give us something cold to drink! We stood around a bit catching our breath and studied the rock paintings and the fantastic view from the cave. Awesome! It was really worth the walk, even though it felt like we should be close to Piketberg about now. After catching our breath, and taking some pictures we decided to start the long trek back. This time it felt a little bit closer, but we ended up back at the Hilux all huffing and puffing again. Thing is with this part of the world... after 9:00 it gets VERY hot... never mind whether you are on RSA time or Nam time! After a couple of liters of cold water we drove off tired but satisifed. Next stop the Elephant's Head rock formation, and then the Bull's Party. We saw the Elephant's head, but the Bull's Party was over, and it seems like they lost the game because there were rocks strewn all over the place. An awesome place none the less, and definitely worth the time and effort to get there. This was our visit to Ameib Ranch, and it was pretty exciting!! 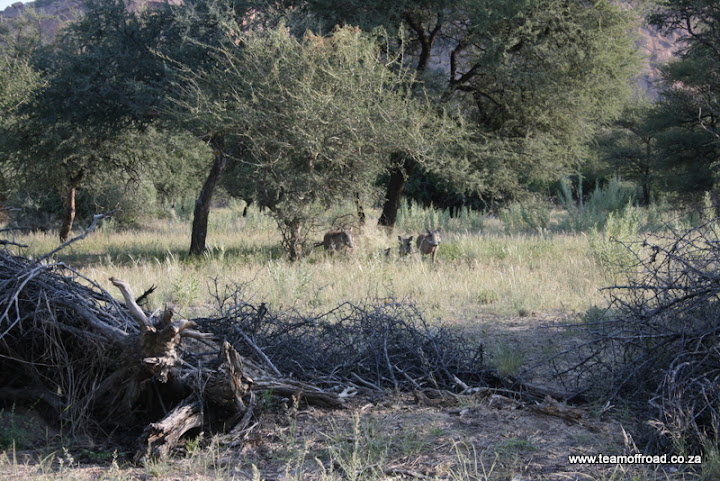 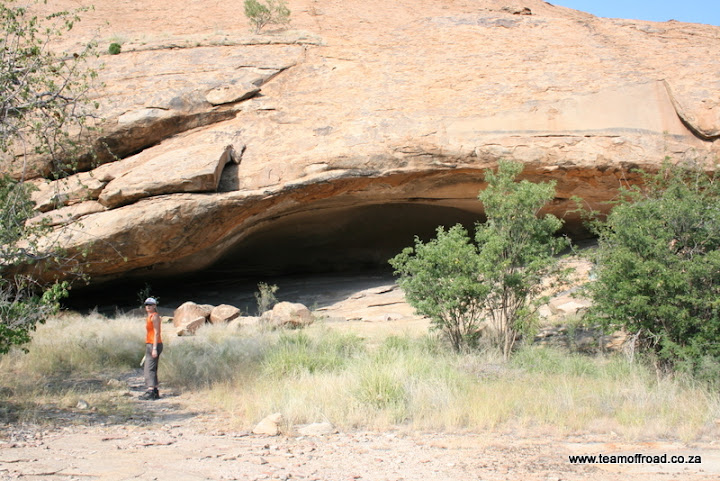 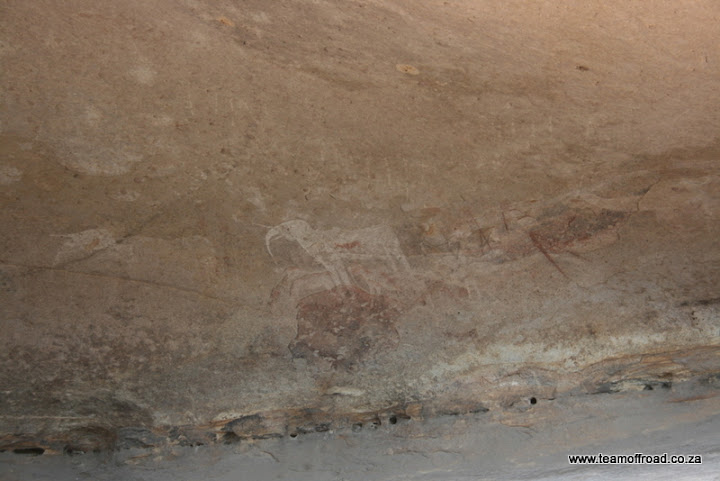 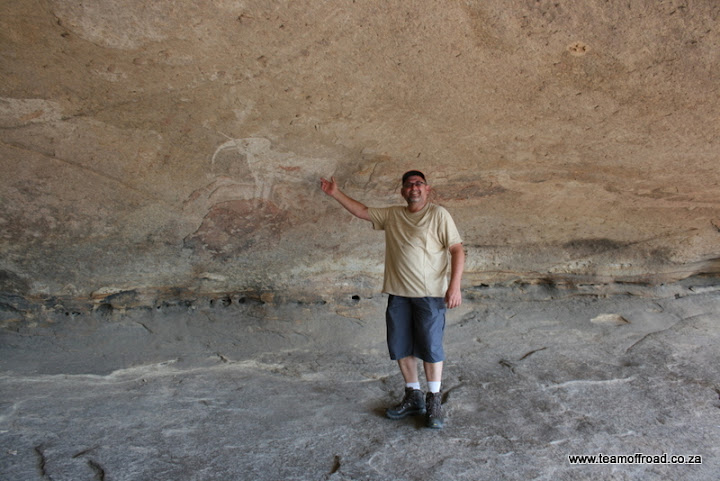 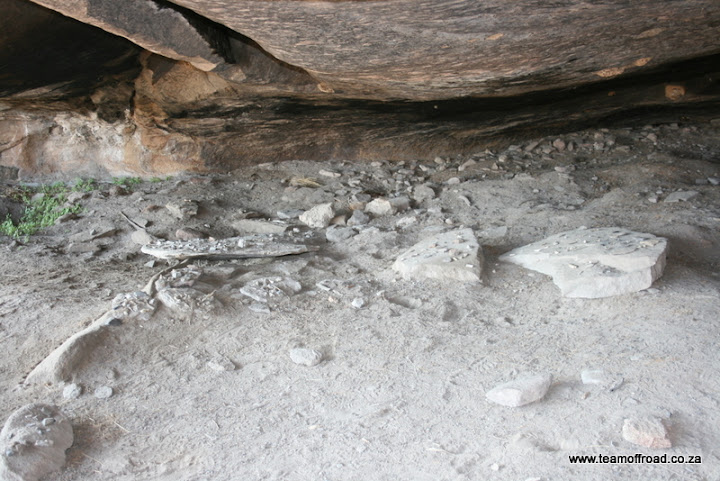 View from the cave 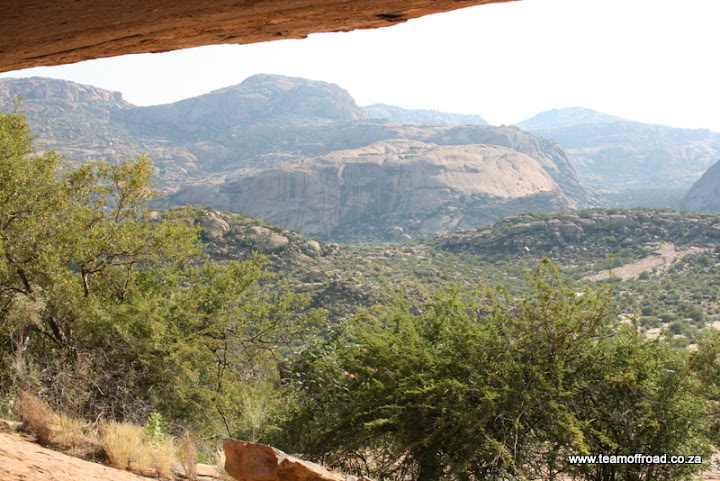 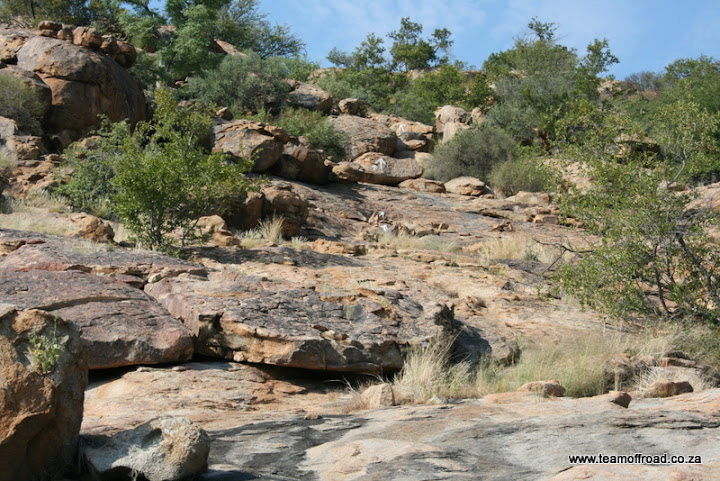 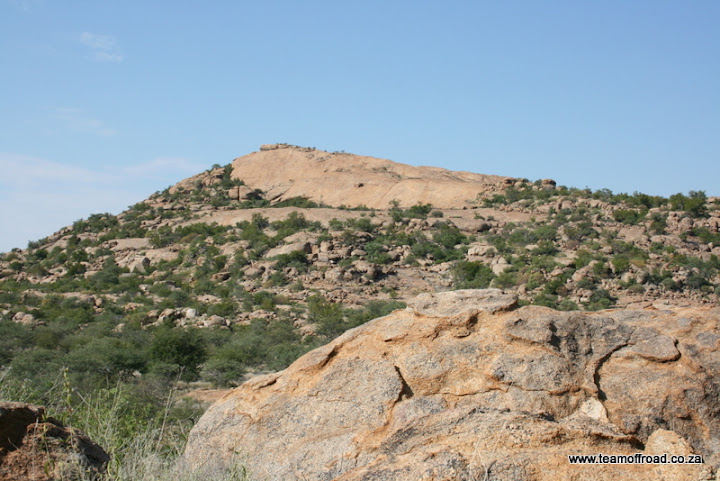 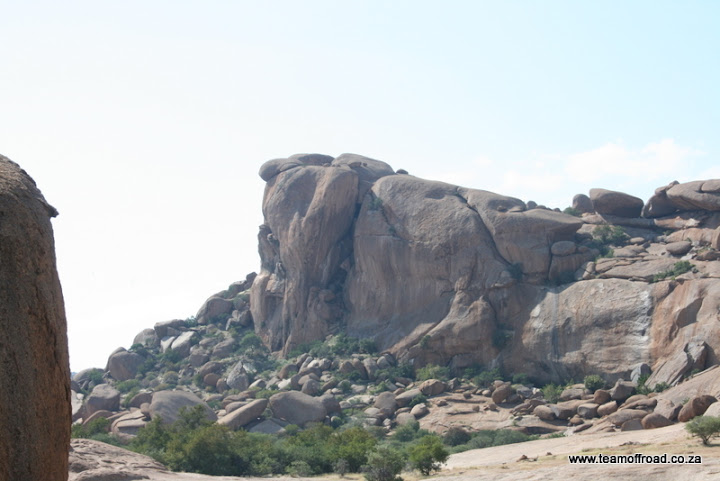 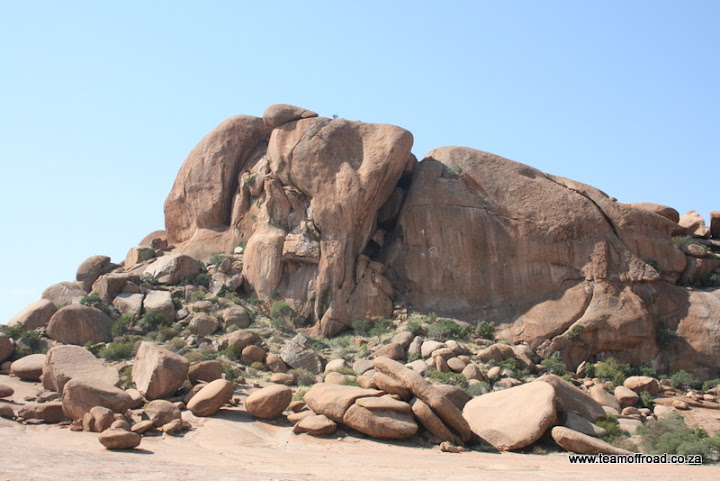 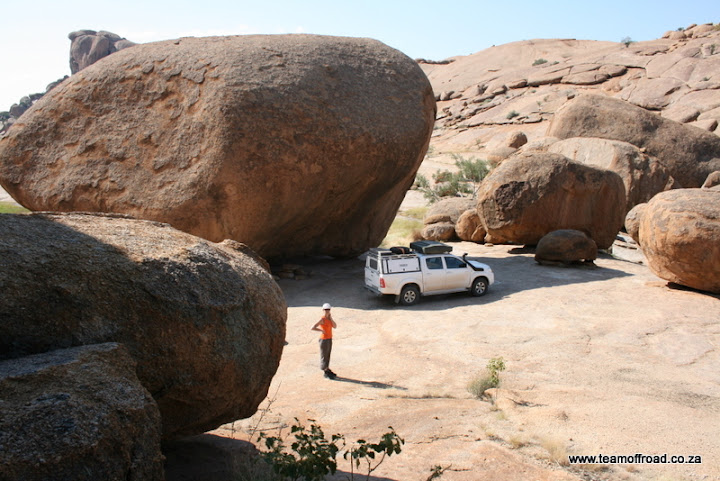 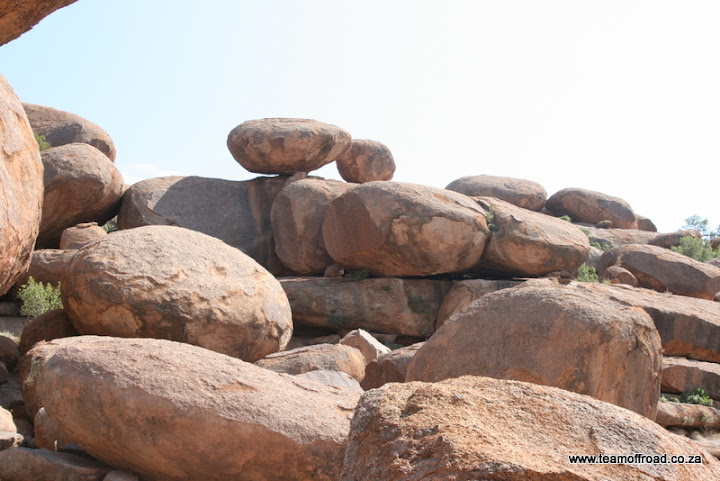 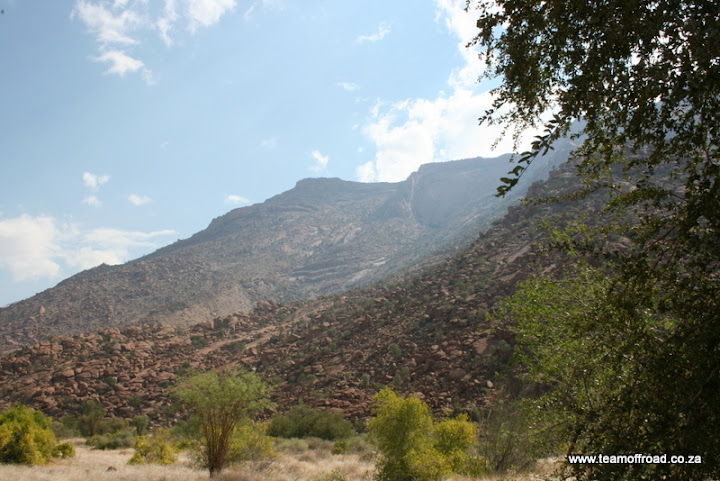