We woke up early with a lot of bird singing and with perfect sunny weather. After a quick breakfast of rusks and coffee we packed up and left Namib Grens to travel down the Spreetshoogte pass. Although the road is in the process of being paved (cemented) it still is quite a spectacular drive. Steep downhills and tight hairpin bends. 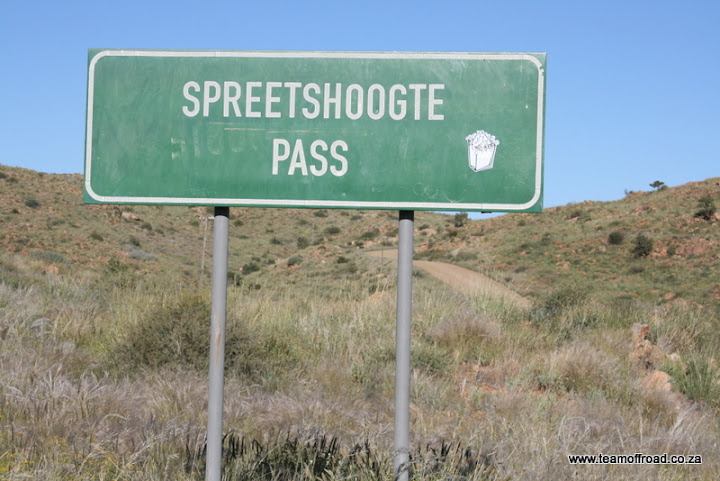 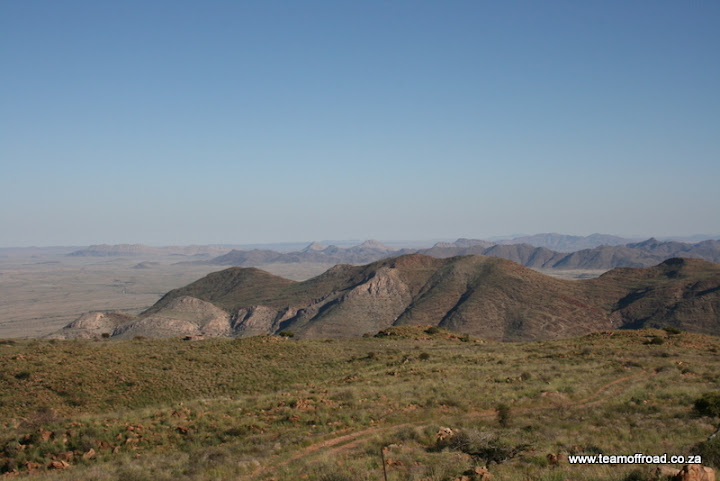 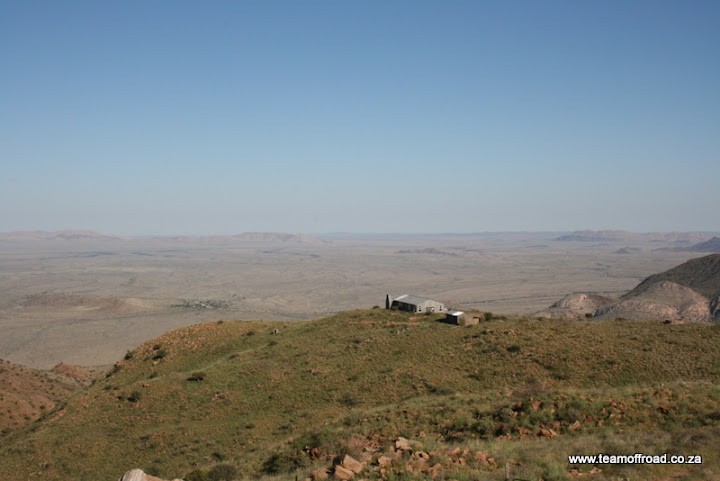 The view from the top is spectacular. Once we reached the bottom we drove to the Solitaire/Walvis Bay t-junction and decided to turn left to Solitaire (10km) for some of Moose's world famous apple tart. As in the past we were not disappointed. We also used the opportunity to fill up with diesel. Once we had our fill of the sweet treats and coffee we drove to Walvis Bay. 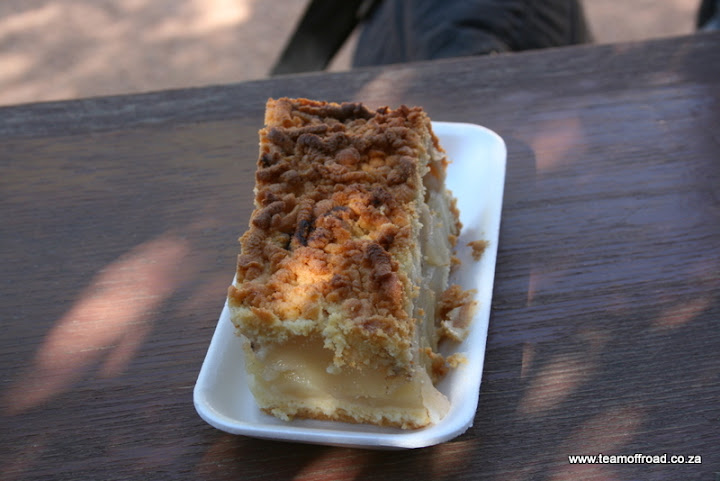 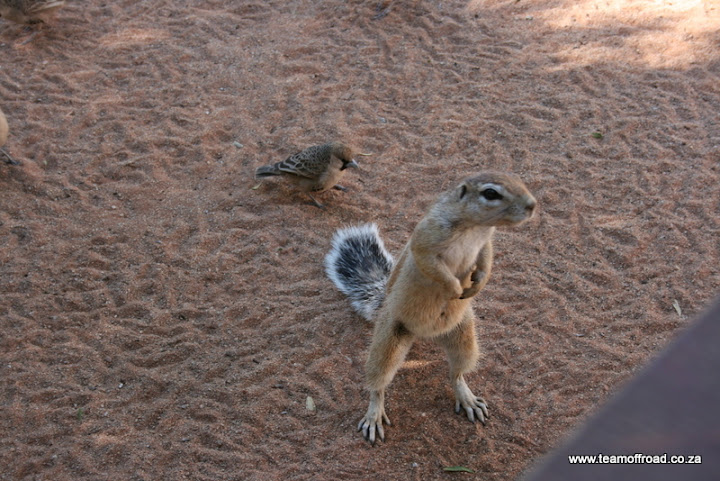 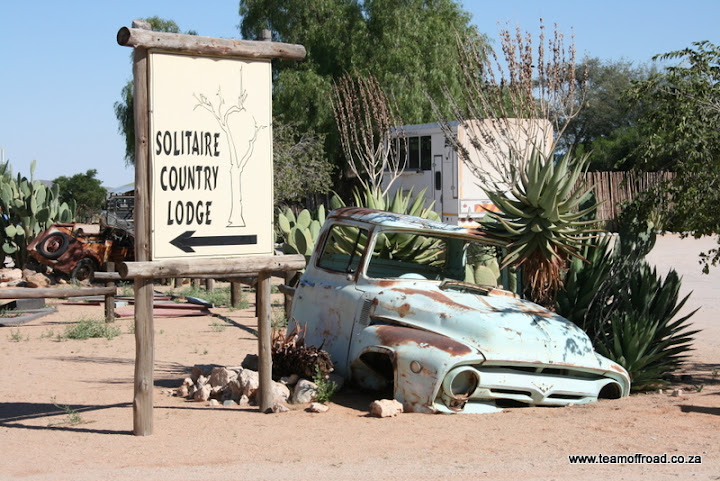 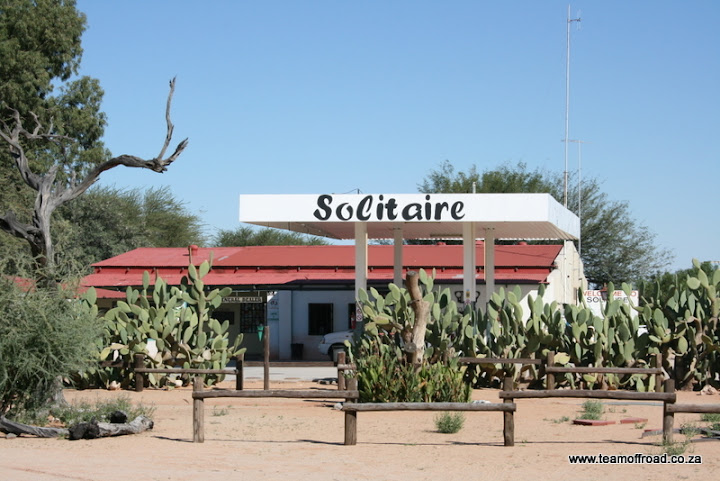 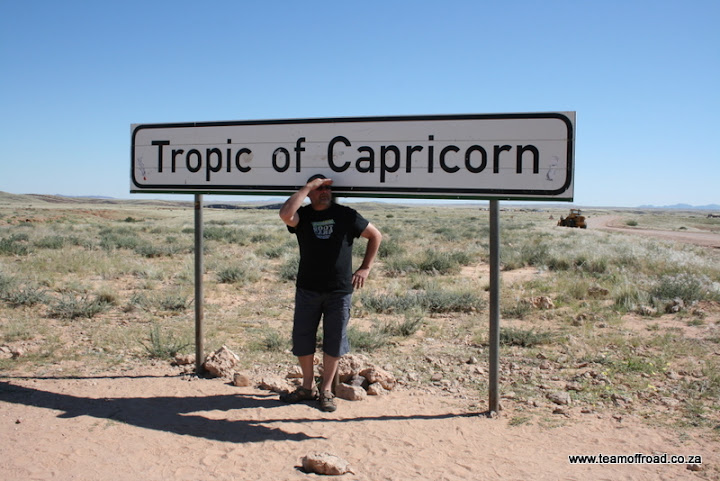 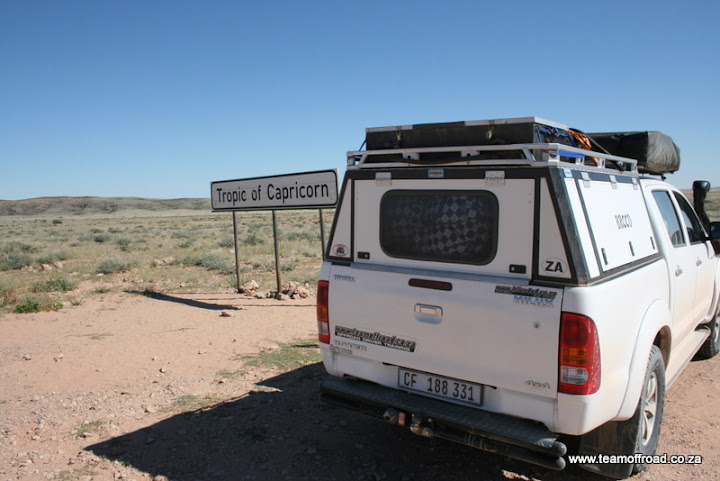 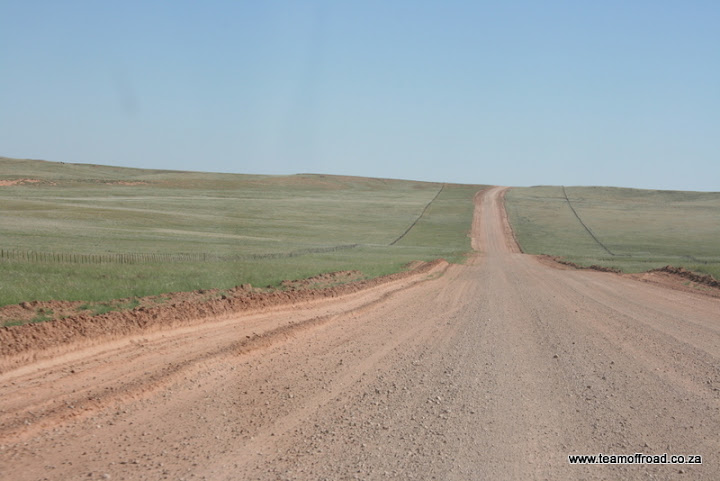 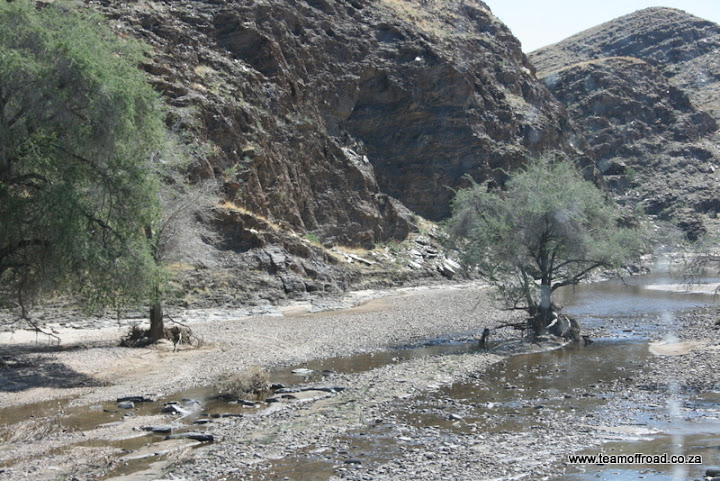 The veld is very green after good summer rains. Once we reached the Tropic of Capricorn we did the touristy thing, stopped and took some photographs. (we do that every time!) Then we hit a bit of bad luck as our camera battery went "flat", and once we reached the Kuiseb river it refused to take any more pictures. Darn..!! We stopped at the bottom of Dune 7 for lunch, contemplated climbing up the dune and after some deliberation that lasted no more than 3 seconds decided that is not going to happen. That was mainly because the camera battery was flat, and if we told you guys we did climb all the way to the top you wouldnt have believed us anyway, as we dont have pictures... From Dune 7 we drove along the quieter dunes route, where there were decidedly fewer suicidal self-drive German tourists coming to grips with driving right-hand drive rental overlanding vehicles on the left hand side of the road. We prefer the odd mining truck coming from the front as they tend to stick to their side of the road. We made Swakopmund at about 2pm, booked into the municipal camp and started our shopping spree. To ensure charged camera batteries, I visited Cymot and bought a small 200W inverter vir R160. We were also looking for a syphon pipe (the one with the little marble) but could find any in the entire town. No worries, we ended up not needing it anyway. That night we cooked up a storm, pasta and veggies, and had an early night. We also spent Day 7 in Swakop, doing laundry, buying some fresh supplies, meat, beer and cold drinks. For the rest of the day we just sat around in coffee shops, on the beach, and bummed around a bit. We ended up eating in Ocean Basket that night, a real treat. 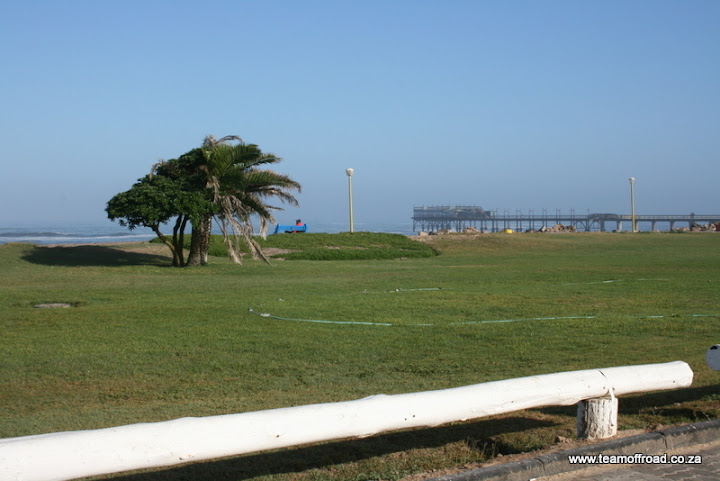 The pic my dad asked me to take 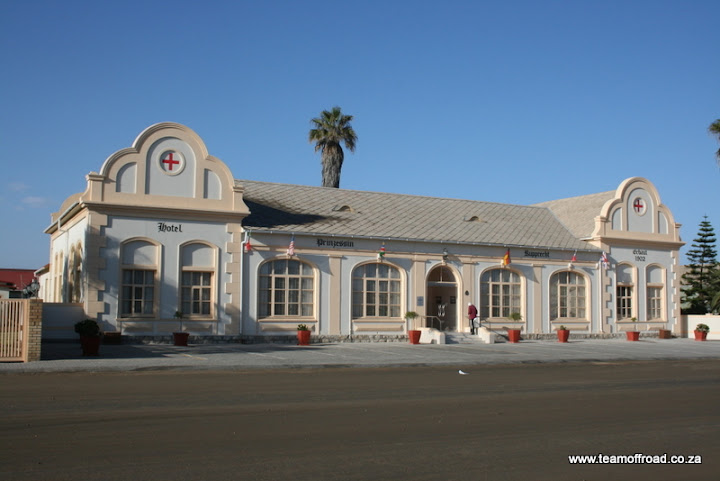