When I closed the rooftop tent this morning I saw that look in E's eyes. That look that a horse on and outride gets when you turn it around and it smells its stable. We were 2500km from home and this holiday was coming to an end. As much as we didnt want it to end we both knew that from here on in it was 3 full days of hard driving to get back to Cape Town. We left Ruacana and headed south towards Outjo. After a long time on dirt roads, all of a sudden we were back on black-top. Cows crossing - they do it where the signs says its safe! 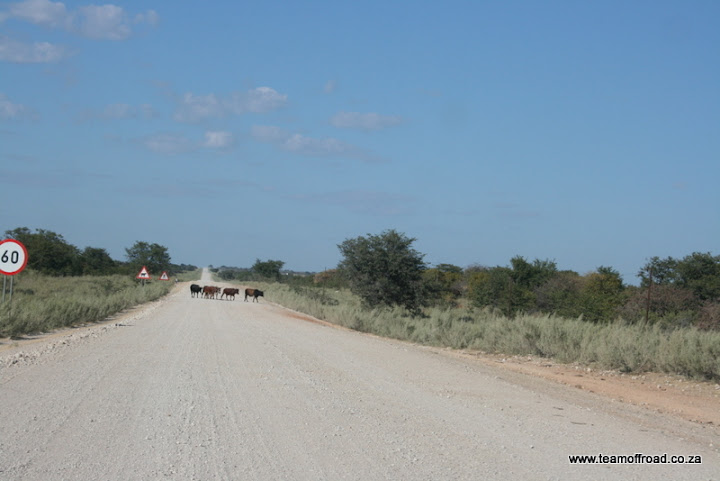 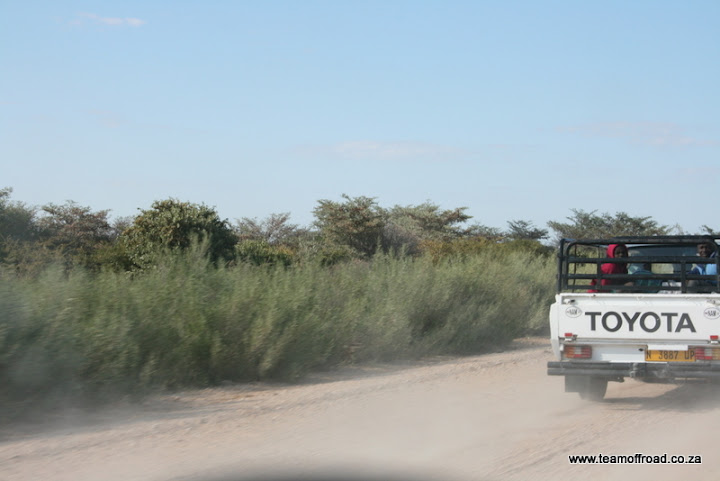 We turned in to the new gate at Etosha, just for a pitstop and in Kamajab we had a cup of coffee at a coffee shop to get the rugby score. The rest of the way was pretty uneventful, and after we reached Outjo we decided to get as close to Windhoek as we could before dark. We made it to Okahandja, where we slept over at the Ombo Rest Camp, complete with giraffes, warthogs, springboks and even crocodiles! We had Omajovas for dinner... Etosha Gate 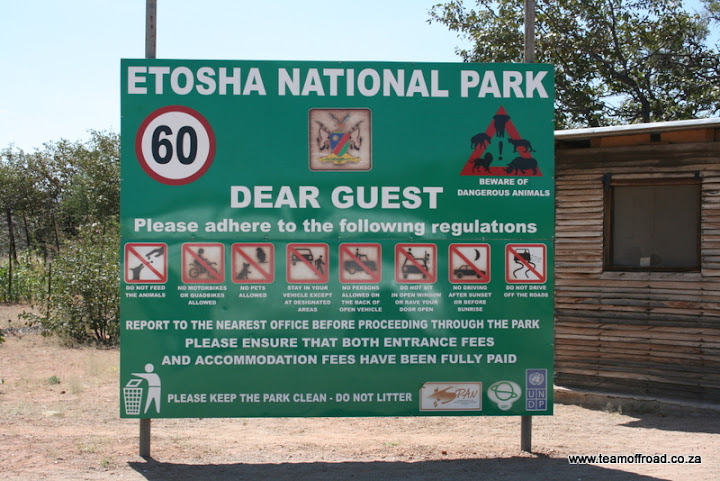 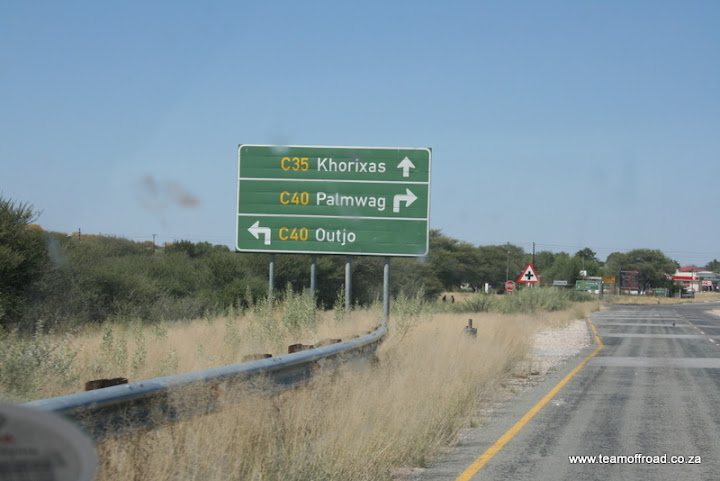 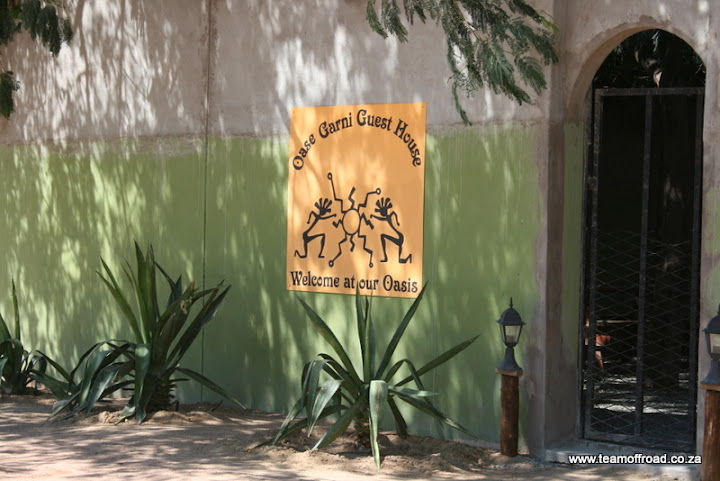 A sight for sore eyes..

On our way out 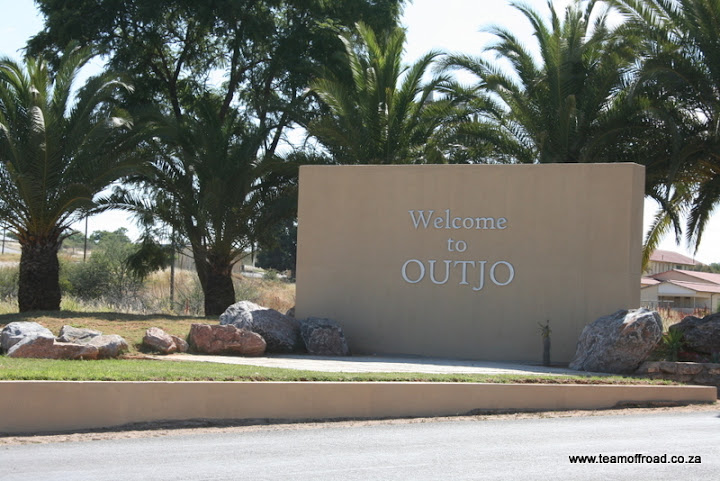 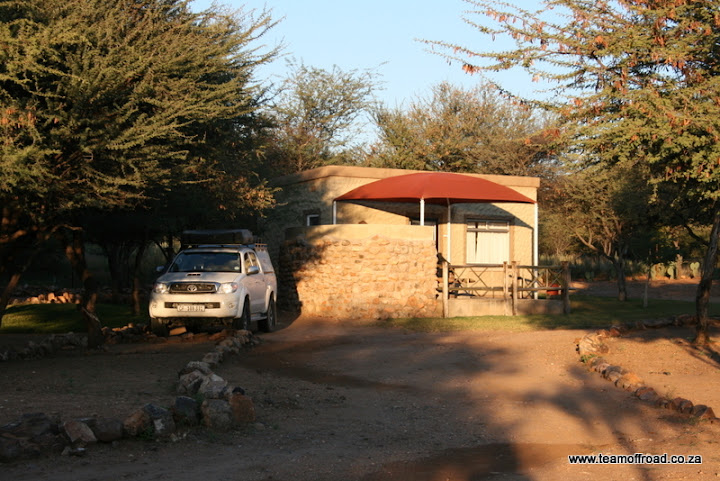 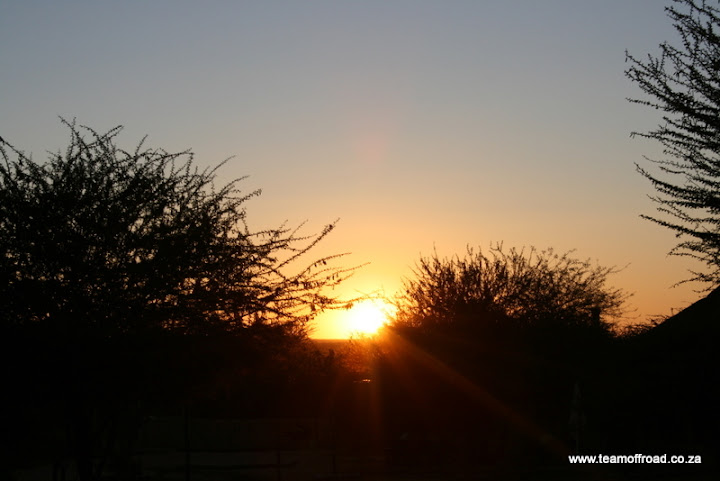