We left Cape Town about 2 hours later than anticipated. A long drive to Pofadder via Kliprand to get the Vigo accustomed to dirt roads and to get as close to the Onseepkans/Velloorsdrif border post as possible. It was a pretty uneventful drive, but we only reached Pofadder after dark, end tucked into the Pofadder Hotel's Thursday Nite Buffet Dinner Special. We booked onto a room at Kleinplasie just outside of town. Pofadder was also the last place in RSA where we could get 50ppm diesel at exorbitant SA prices. 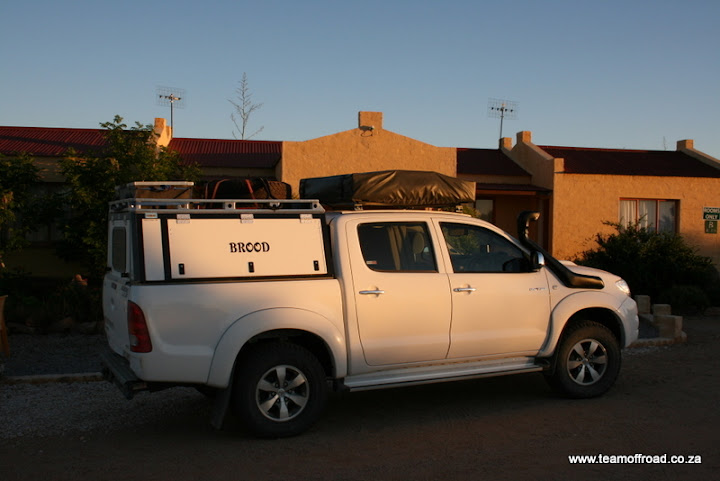